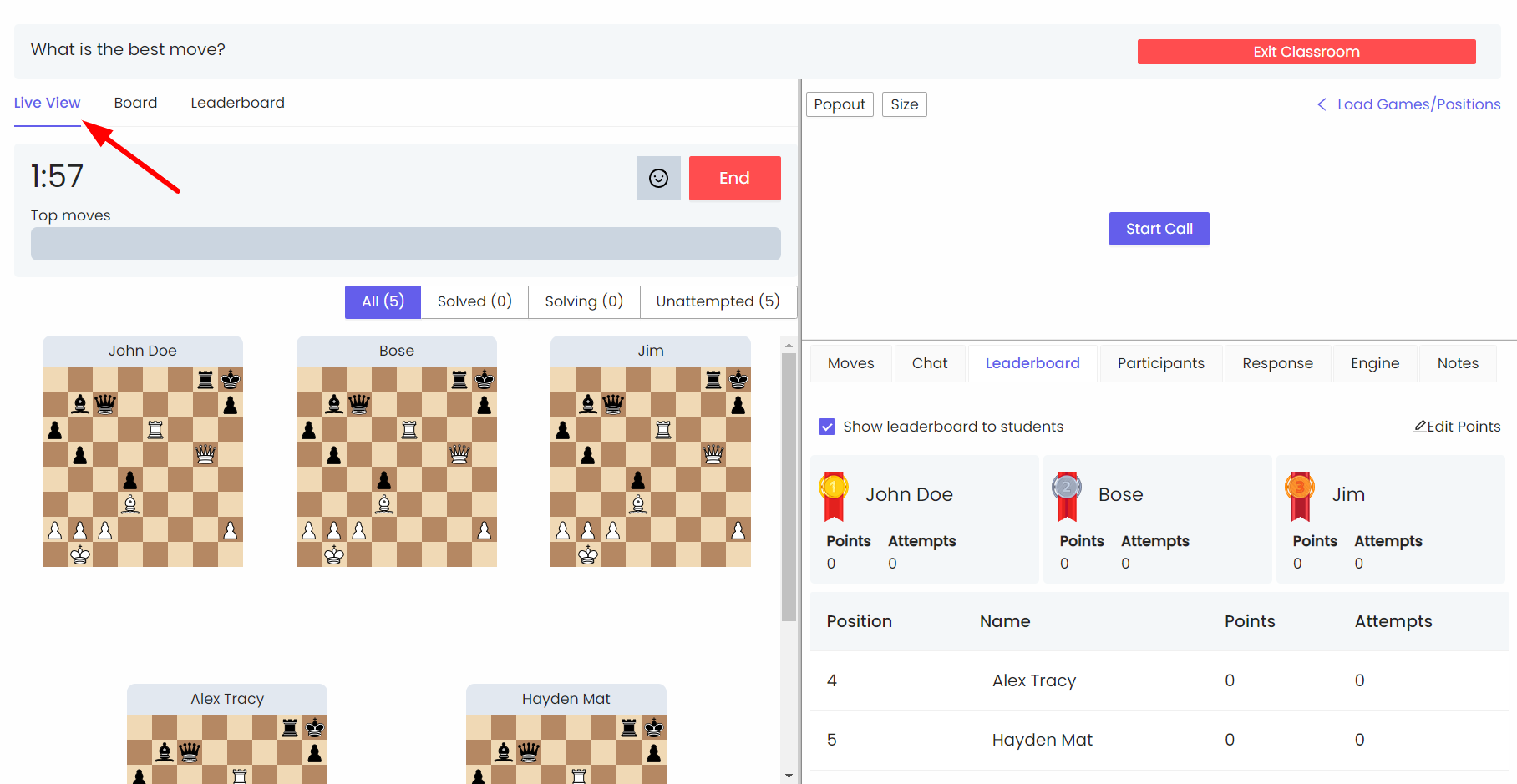 You will see a dedicated board for each of your student in the class with their name on top of the board, below which you will see the attempts they made along with the time at which they made those attempts. 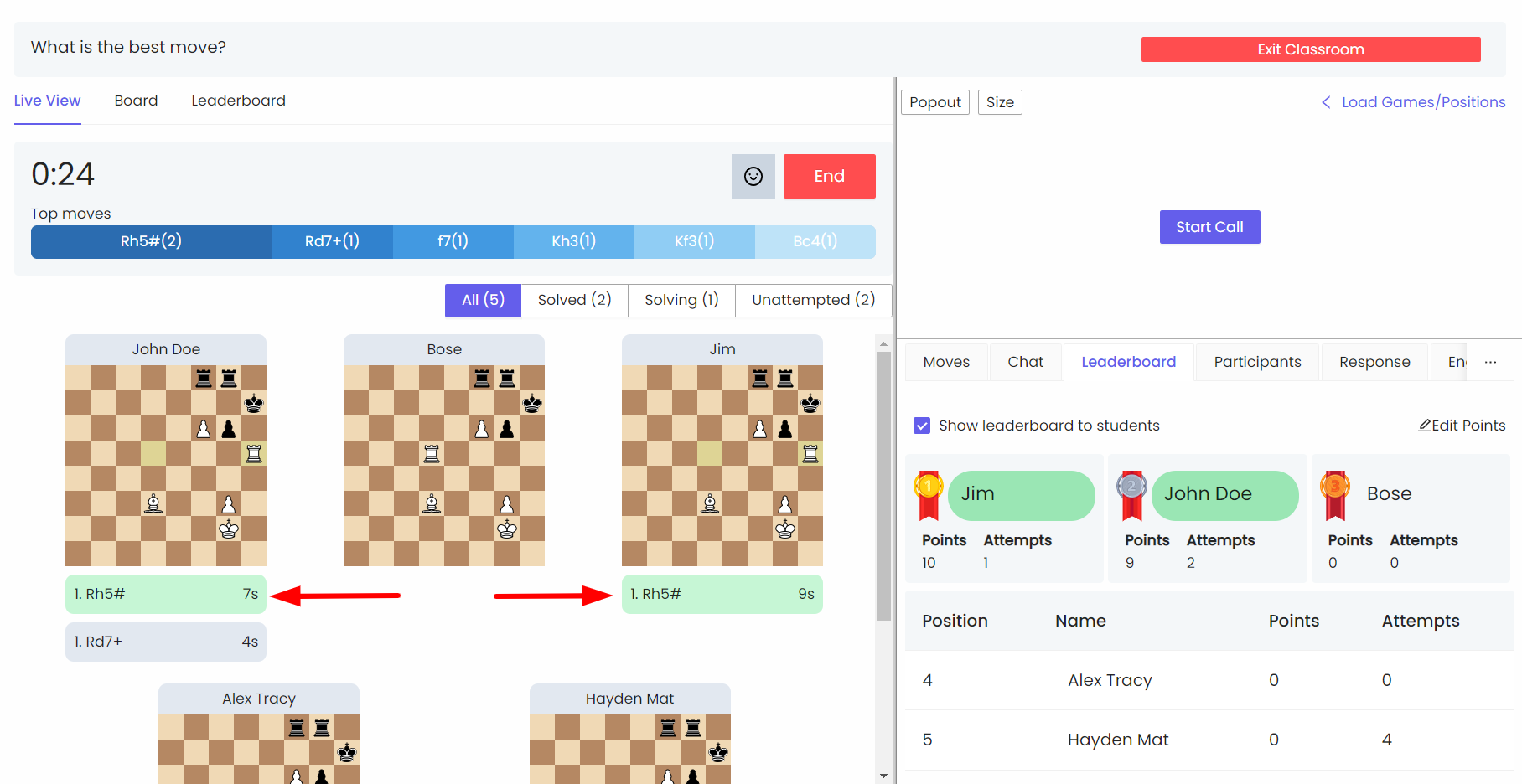 You can also see the top moves (most-commonly made moves) by your students as they try to solve the problem. This shows only the first move they make (in each of their attempts). 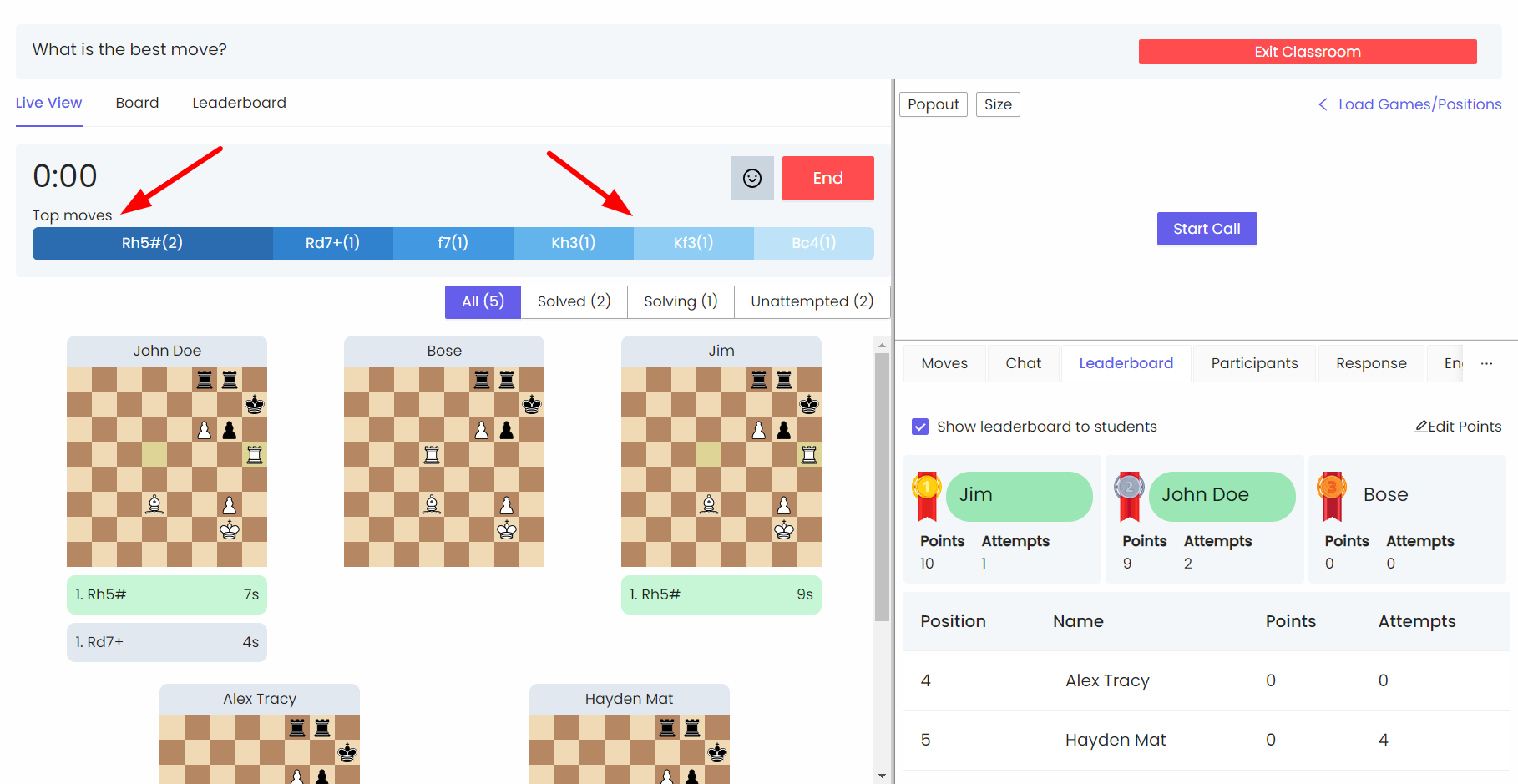 In the above example, we can see that:

The top moves shows a maximum of 6 unique moves at a time.

You can also make use of the quick filters to see who solved and who didn’t. There are the following tabs:

If you would like to go to the board view, go to the “Board” tab: 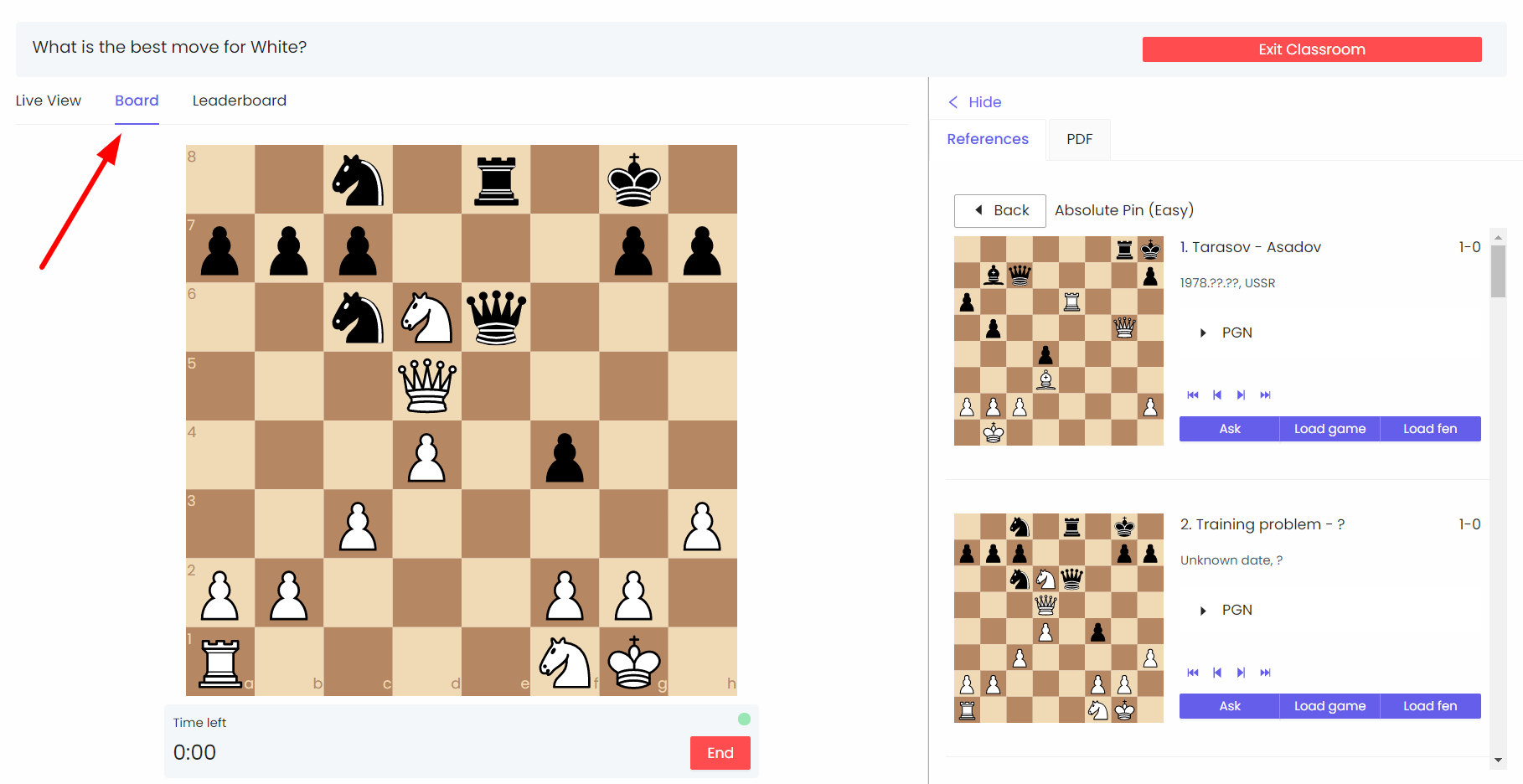 If you would like to see an enlarged leaderboard, go to the “Leaderboard” tab: 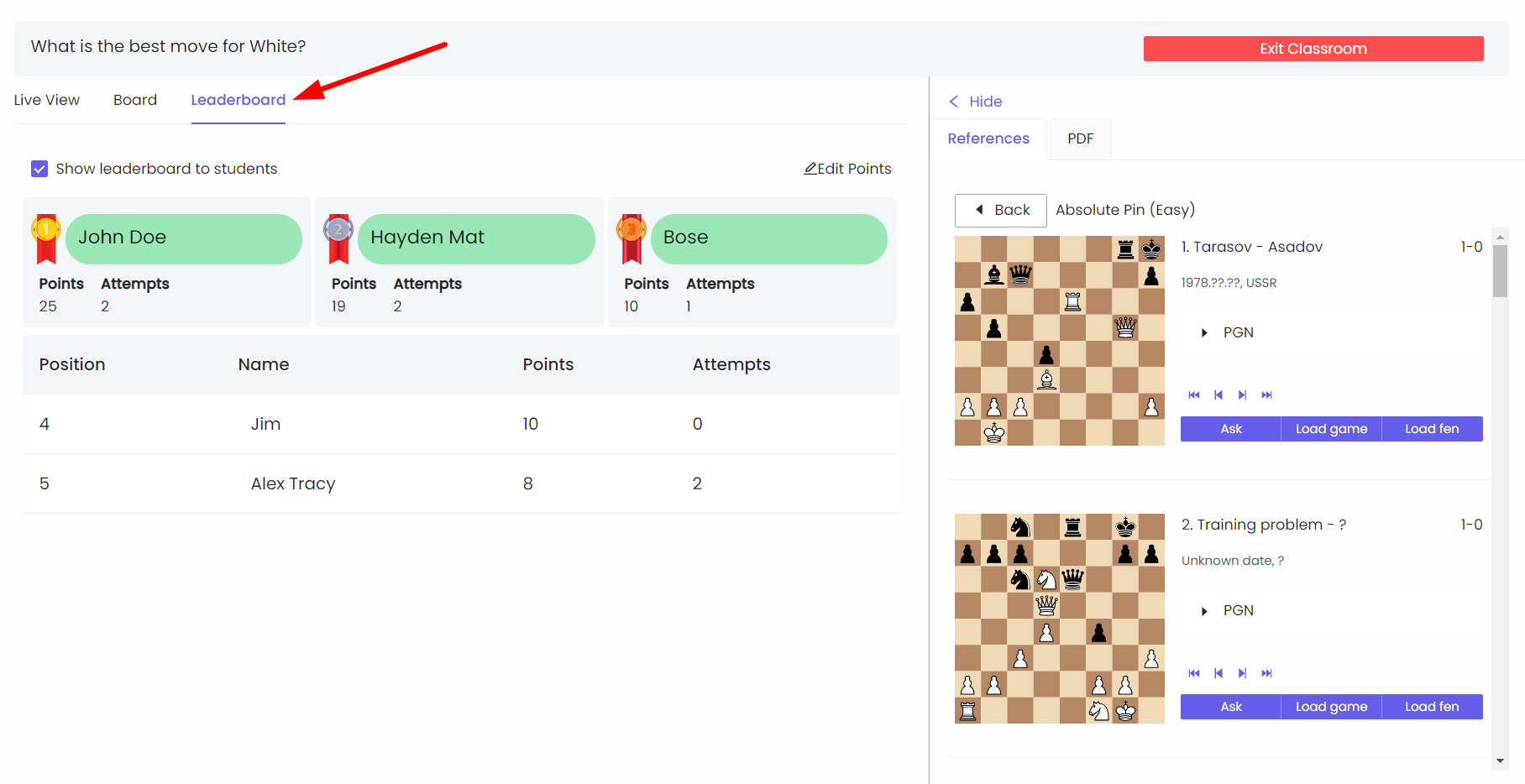 Last Updated: 3 weeks ago in Classroom

Item added to your cart

Continue Shopping Go To The Cart