After you have created a private quiz and your students have started solving it, you can see their progress in the the quiz page:

There are 3 different status:

You can also see other details such as the total activities attempted, total solved, and total points scored. If two or more students have scored same total points, then they will be sorted according to less time taken to solve the quiz. 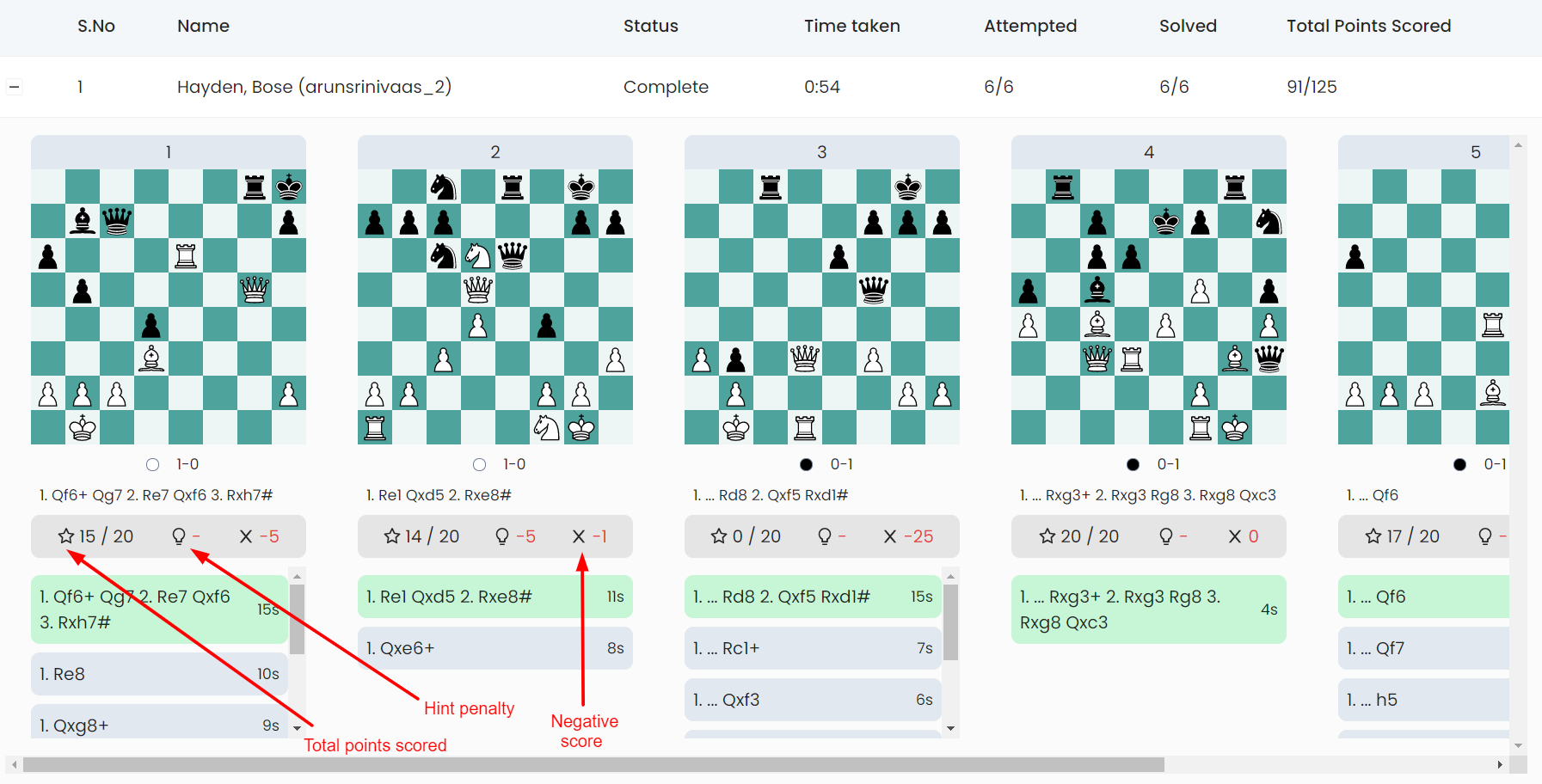