You can let your students have your own Academy’s/Club’s Elo, which will be useful when you want to seed the players based on their Academy Elo.

1) Select the Elo Rating systems for your academy

The first step is to select the Elo Rating system(s) for your academy. You can do that by going to ‘Settings‘ tab in the “Academy” section: 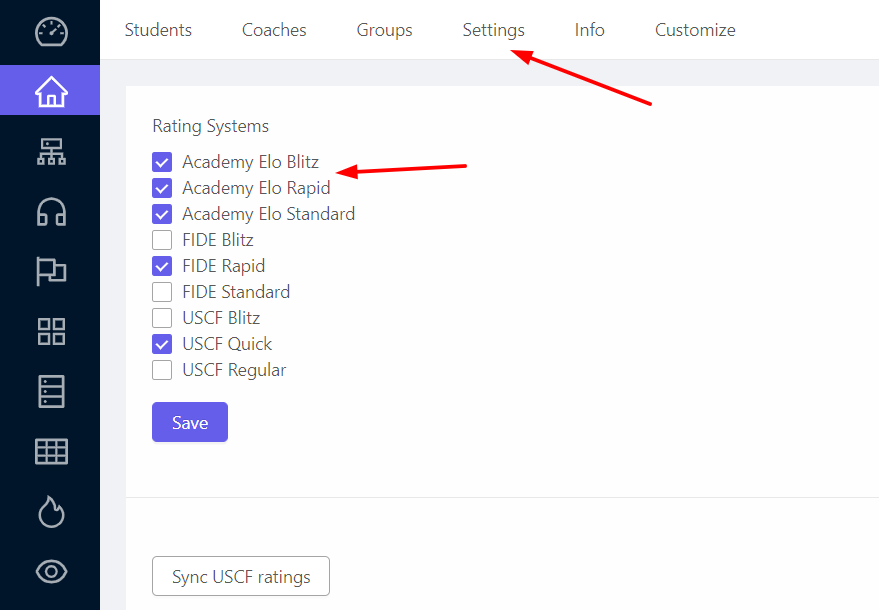 You can select the following Elo Rating systems for your Academy:

You can also set different initial Elo Rating for each of your student. To do that, go to the ‘Students‘ tab and click on ‘Ratings‘ for a particular student to set the initial rating.

For example, let’s set an initial Academy Elo Rapid rating of 1400 for the student, arunsrinivaas_36 (Adam).

NOTE: Academy Elo Rating for a student can be edited ONLY in the initial stage. If the student has played even one tournament game under a Elo Rating system, that rating cannot be edited for that student.

As you can see, the rating cannot be edited because Jim has already played some tournament games in that rating system. And that’s why the following error message is shown:

Last Updated: 7 months ago in Academy

Item added to your cart

Continue Shopping Go To The Cart