If you want a particular game to be played again by the players for some reasons, you can do that with the ‘Replay‘ option shown in the ‘Action‘ column.

What does ‘Replay’ do?

Replay lets you to ‘Restart Game’ from its last position (where it was left off).

This can be handy, for instance, when one of the players, unfortunately, lost on time from a winning position because his/her internet connection went off. To get a fair result of the game, you can ‘Replay’ the game from its last position: 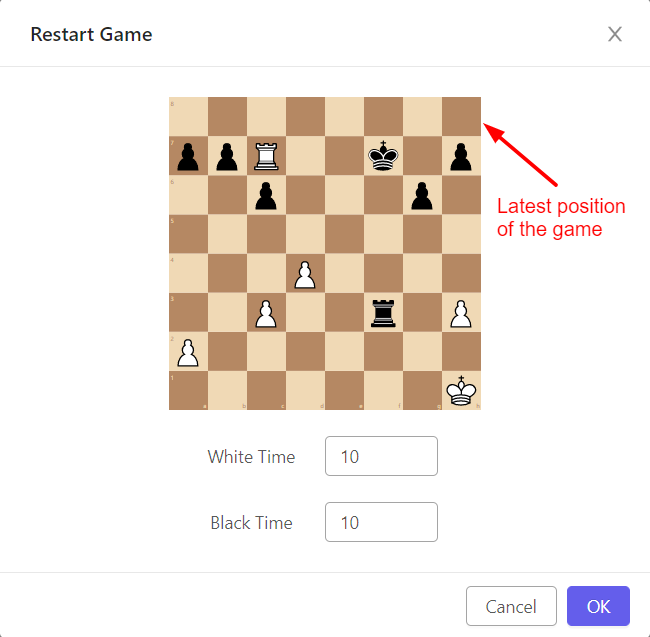 Not only can you restart the game from its last position, you can also set the clock time again for both players. It can be a standard, common time for both players or you may even set the time each player had when the game previously ended. And finally, you can click ‘OK‘ for the game to begin.

Last Updated: 3 years ago in Tournaments